Eric Lamaze was born on April 17th, 1968 in Montreal, Quebec, Canada. He was a very successful junior and hunter rider, working with a number of top trainers including Roger Deslauriers, George Morris, Jay Hayes and Hugh Graham. Just one year after entering the Grand Prix ring in 1992, Eric was named to the Canadian Equestrian Team.

Eric has since represented Canada at six consecutive World Equestrian Games – 1994, 1998, 2002, 2006, 2010 and 2014. At the 2010 edition, he earned the Individual Bronze Medal and his mount, Hickstead, was named ‘Best Horse’ after jumping clear rounds with all of his riders in the famous ‘Final Four’. He has also represented Canada at the past five consecutive Pan American Games including in 1999 where he earned a Team Bronze Medal riding Kahlua, in 2007 where he won Team Silver and Individual Bronze riding Hickstead, and in 2015 where he led Canada to the Team Gold Medal with Coco Bongo in Toronto. 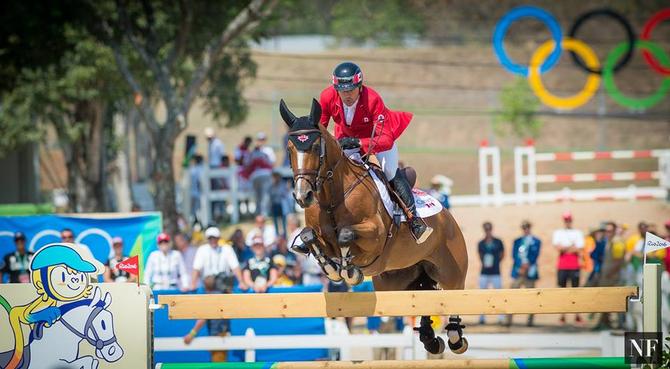 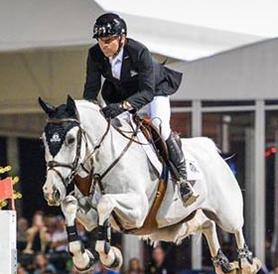 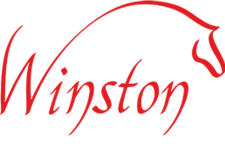 In his Olympic debut in 2008, Eric won the Individual Gold Medal riding the beloved horse Hickstead, the best show jumping horse of his era, and helped Canada capture the Team Silver. These remarkable achievements represent the greatest success ever of the Canadian Equestrian Team at the Olympic Games. At the end of the 2008 year, Eric became number one in the World Rider Rankings, a feat he has since repeated on numerous occasions.

At the 2016 Rio Olympic Games, Eric once again stood on the medal podium. Riding Fine Lady 5, Eric was faultless throughout the four days of competition to advance to a six-horse jump-off for the individual medals. At the penultimate effort, the pair dropped their only rail at the Olympics to earn the Individual Bronze. They also led Canada into a jump-off against Germany for the team bronze, settling for fourth.

Currently Eric is number ten in the world on the new rider rankings released by the International Equestrian Federation (FEI). Lamaze’s return to the top ten after a four-year hiatus comes following a rebuilding period. Formerly the number one ranked rider in the world, Lamaze has concentrated on rebuilding his string of competition horses following the sudden death of his great stallion, Hickstead, in November of 2011. With the support of Andy and Carlene Ziegler of Artisan Farms, Lamaze has developed several young mounts into top international contenders.

Eric owns Torrey Pines Stables, a leading international show jumping training and sales business. He is based at Artisan Farms with locations in Wellington, Florida, and Vrasene, Belgium, giving him access to the best show jumping competition in the world.